Lakshminath Bezbaroa was a powerful representative of the creative and intellectual resurgence of modern India. His was the Assamese version of resurgence of emotions, thoughts and imagination that sprouted and bloomed in different parts of India during the nineteenth century. His works represented the contemporary modern Assamese mind through which streamed forth a reawakening of the language, literature, culture and society of Assam. His literary journey was inextricably associated with the Assamese upswing for self-assertion and establishment and his enterprising representation for an entire period between 1890 to 1938 as a story-writer, poet, lyricist, novelist, playwright, biographer, essayist and editor of a journal has come to be regarded as the ‘Bezbaruah Yug’ (Bezbaruan Period). 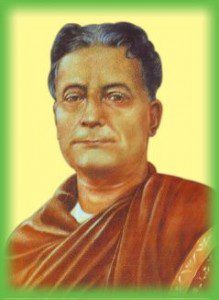 Krishna Dulal Barua has been consistently translating poems, short- stories and literary articles from Assamese to English. His ‘Selected poems of Nilmani Phookan’ published by the Sahitya Akademi appeared in 2007.He received the Katha Award for translation in 2005.

“Hello Mr. Murty …” phoned in Sadanandam, the General Manager of ABC bank. “We have reviewed the … END_OF_DOCUMENT_TOKEN_TO_BE_REPLACED

If ever you go to Laxmipuram and ask for the house of Veera Venkata Satyanarayana garu, nobody will … END_OF_DOCUMENT_TOKEN_TO_BE_REPLACED

Sir, I assure you and I repeat it for ten times: "I am not MAD" … "Though I am not looking in a … END_OF_DOCUMENT_TOKEN_TO_BE_REPLACED