Dr. Birinchi Kumar Barua’s history of Assamese literature and his contribution to Assamese historiography still remain a virgin soil. His creative genius and his research in folklore, medieval literature and cultural history of Assam have already attained a wider critical reception both from the critics and the general readers. But his literary historiography and his absorbing interest in pure history itself are yet to be fully explored. Except some casual references to his literary histories, particularly his History of Assamese literature, posthumously published in 1964, no serious study has so far been made in this field. 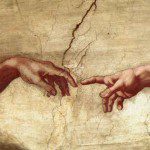 The four books on Assamese literary history in English (along with other works of historical importance) by B.K Barua with which he had been engaged since the early forties of the 20th century  prove that he had absorbing interest in studying society, culture and literature on a historical perspective. Dr. Maheswar Neog prepared a bibliography of the works of Birinchi Kumar Barua for the book Professor Birinchi Kumar Barua Commemoration Volume,1966 and mentioned the names of B.K. Barua’s literary histories.  They are as follows—–a) Assamese literature, 1941 b) Studies in early Assamese Literature, 1951 c) Modern Assamese literature, 1957 and d) History of Assamese literature, 1964 (Neog.M.1994:1) These histories of Assamese literature are now not available except the last one posthumously published by Sahitya Academi, New Delhi. This is a compact volume bringing together his basic ideas and analyses in the earlier works. Dr. Maheswar Neog observes that this is ‘a great work in the study of Assamese literature’ (Neog.M.1994:9). B. K. Barua perhaps intended to introduce the resources and achievement of Assamese literature in the long process of its historical evolution to the non-Assamese readers. Barua has proved his wide reading, critical insight and genuine scholarship in undertaking this project with presentation and analysis of source materials in a much disciplined way. As is the case with all great histories of literature Barua’s literary historiography is graceful enough to invite its readers to more intimate and enlivening appreciation of a literary work    (Phukan.K.2008:56). 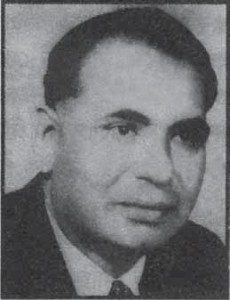 A literary historian has to cultivate a rare discerning critical faculty that subsumes accurate historical sense, scholarship and knowledge, and a sense of humour in order to attain mastery over literary historiography. By the time B.K Barua began to write the histories of Assamese literature he had trained his mind with a brilliant academic career and before completing the fourth compact volume B.K. Barua was recognized as one of the towering figures of Indian scholarship in Assam and abroad, especially in his study of folk literature and culture, his excellence in creative writings and linguistics. We get to know all this from the obituaries written by some eminent scholars like Dr. S.K.Chatterjee and Richard M. Dorson. Dr. Chatterjee mourned the ‘sad and untimely demise of such a fine scholar who brought kudos to Indian Scholarship’. Dorson, a famous American folklorist, concluded his obituary with these words “his sudden death is a heavy blow to his American as well as his Indian colleagues, and to the cause of international folklore scholarship.” His research in the field of folklore, cultural history of Assam, medieval Assamese literature, evolution of Assamese prose and editing of magazine and journals must have given him a rare insight and academic skills. Besides, B.K.Barua could comfortably deal with the resurgence of the old tradition and the various aspects of modernity that had gradually grown up in a colonial set-up. His History of Assamese Literature deserves to be called ‘a great work in the study of Assamese Literature’ for it possesses the power of presenting in a very compact and succinct style the entire range, depth and variety of Assamese literature with due stress on the socio-cultural and religious forces operating through the ages.

It would not be difficult to suggest that B.K.Barua’s keen interest in the socio-political and cultural history of Assam as well as India, his involvement in several academic projects such as, preparation of text-books on history and literature, bringing out a revised edition of Sir Edward Gait’s History of Assam, his systematic research and study of folklore and tradition, his visit to some of the leading academic centers abroad and close contact with renowned scholars and academicians there—all these must have enriched his critical insight. He had got ample scope for acquiring the western epistemological tools and also for applying the same to understand his own society and culture. It is equally interesting to note here that colonial modernity had changed the very character of social discourse. Articulacy of marginality in social and literary discourse sensitized knowledge to liberal humane values and plural cultural ethos. The first half of the 20th century was greatly characterized by a mass resistance to and acceptance of the package of European liberal education. B. K. Barua was one of those Assamese intellectuals who dedicated whole heartedly to the noble cause of reawakening a nation and its people to the new challenges and its old values. It was B.K.Barua who single handedly took the whole responsibility on his shoulder to assess the folk elements in Assamese identity and relentlessly engaged himself in research of Assamese language, culture, literature and antiquarian history. He published in 1937 a small book named Chintakosh with brilliant analysis of the origin and evolution of Assamese prose literature on broad and critical lines. This book alone claims his originality of scholarship and much of its fundamental tenets are also incorporated in his literary histories. Though a tiny volume, the book could inspire some of his students to make further research into the subject.(Saikia.K.C.2008:125). Thus, it becomes quite clear that B. K. Barua’s creative genius, scholarship and research-based studies are of immense help to engage him in literary historiography.

“Hello Mr. Murty …” phoned in Sadanandam, the General Manager of ABC bank. “We have reviewed the … END_OF_DOCUMENT_TOKEN_TO_BE_REPLACED

If ever you go to Laxmipuram and ask for the house of Veera Venkata Satyanarayana garu, nobody will … END_OF_DOCUMENT_TOKEN_TO_BE_REPLACED

Sir, I assure you and I repeat it for ten times: "I am not MAD" … "Though I am not looking in a … END_OF_DOCUMENT_TOKEN_TO_BE_REPLACED