Modern Assamese literature started in the forties. A variety of circumstances led to the abrupt snapping of the old ties. The Second World War cast a pebble on the still waters of the Assamese society and broke insularity. The war affected the publication adversely and the influential magazine of the thirties the AWAHON was abruptly discontinued. The 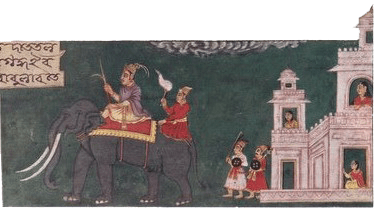 Romantic-idealist writers of the short story who dominated the scene in the ‘Awahon Age’ practically stopped writing. Owing to the industrial backwardness, publishing in Assam was a strenuous affair, particularly in wartime, and with the closure of the Awahon, a glorious chapter of the Assamese short story came to a halt.

In the meantime, there was a ferment of new ideas in the forties. Marxist ideas inducted into the social life in the thirties, influenced Assamese literature deeply. When literary life was practically at a standstill, there emerged a batch of young writers imbued with Marxist ideas. They chiefly wrote for the Jayanti and they declared war upon the Romantic writers of the Awahon group calling them effect and decadent. None of the famous writers of the Awahon found a forum in the Jayanti which besides, had very little contribution to make in the field of the short stories. The infrequently published Banhi fostered some new talents in this genre. Soon there emerged another monthly with a progressive outlook named Pachowa, under the able editor-ship of poet Hem Barua and it was a worthy forerunner of the Ramdhenu.

Syed Abdul Malik, the greatest short story writer of the modern or post-war era made his appearance in the Awahon before the war. He shared some of the romantic tendencies of the writers of the Awahon age. At the same time, he introduced an element of realism into the short story. His style may be described as ‘Romantic Realism’. Malik’s most popular story ‘Pran Pouar Pichat’ (When she came to life) is hardly less romantic than Roma Das’s ‘Barsha Jetiya Name’ (When the rain sets on) though the theme is different. Hemanta, an idealist dance enthusiast, is in search of a talented girl who could give shape to his dreams, and comes upon Juri who is exactly the type he seeks, a village girl belonging to a poor family. Under the guidance of Hemanta, her talents burst into fulfillment. Hemanta inevitably falls in love with this prodigy, only to find his ‘Galatea’ succumb to the wiles of an educated businessman. As in most of his short stories, the title has a piquancy which, enhances the charm of the story. Pygmalion, made an image of marble and began to love her. He called her Galatea and brought her to life with great devotion. Hemanta is, here, the Pygmalion who brings a beautiful image (Juri) to life, only to suffer a breach of illusion. Publication of short stories being unprofitable, for the publishers, authors in the Awahon age preferred to write long stories and Malik’s stories are inordinately so. But the mastery of his style carries his readers along. In ‘Kathphula’ (The Mushroom) the situation and the sentiments are romantic, but the characters and the setting are realistic. Here, he finds his distinctive style which might be described as ‘Romantic Realism’. A poor driver, Mumtaz, who has lost his moorings in his family, suddenly comes upon Bedana, a destitute young girl who has fled from a poorhouse, in the darkness of the night, to escape a shameful life and gives her a home in his love. He tends her carefully in her sickness. She comes round, but, the doctor becomes a frequent visitor to his house in his absence, and ultimately offers her a marriage proposal. Mumtaz gives his blessings to the marriage, but, his heart is broken. The symbolic use of the mushroom in the title is remarkable. Bedana is the mushroom that grows on a withering piece of wood and rottens it, while it receives its sustenance from it. It is a symbolic image, standing for the shattered life of Mumtaz. The poignant scene in which Bedana broaches the subject of the doctor’s proposal is depicted with great sympathy.

Malik inaugurates a new era in story telling, and his influence upon the writers of the younger generation is all pervading. He effects the democratization of the short story by introducing the characters of beggars, prostitutes, cheats, ruffians and criminals who live on the outskirts of human society. He depicts the lives of these people with great sympathy, while casting an aura of romantic fancy around them which, enhances their appeal for most readers. Intellectual interest is hardly a strong point of the Assamese short story and in Malik’s writings this is minimal, and Malik does not make any attempt to probe deep into human psychology. But, his stories have great human appeal and he shows first hand experience with people of all sorts particularly in the segment of urbanized lower middle class life.
Though Malik has since escaped into the world of the novel, he has been writing stories for the last five decades. Yet, he has not surpassed his achievement in his earliest collection called Parasmoni which was published in 1946. The most integrated story in the collection is ‘Jishu Khristar Chabi’ (The picture of Jesus Christ), a story written against the backdrop of the war which nearly crossed the threshold of the state. Here, the writer depicts the life of a white soldier away from home, who yearns for his two daughters whom he has left in England and whom he has not seen for a long time. He gazes with affection at the two little girls at play and offers them lozenges. There are all sorts of stories current in war-time, about the depredations of the white soldier, and he is naturally misunderstood at first. But soon his intention is known and he is received into the drawing-room of the family. He shows them a photograph of his family before he makes his final exit from the scene, and the simple minded mother wonders if it is the picture of Jesus Christ, which, in a sense it is. The story is poignantly told, and it is nearly as great as Rabindranath’s ‘Kabuliwala’ with which it has thematic resemblance.

The Assamese short story reached its zenith in the fifties. The writers of the age of the Ramdhenu had eschewed decadent romanticism and sentimentality and had concentrated in the depiction of realistic situations. The Second World War and its effects with its attendant economic crisis leading to the Bengal famine, and the clarion call for the final struggle for freedom affected the writers deeply when they were adolescent. Freedom was achieved, but, at the cost of the partition of the country and much bloodshed in communal violence. Jogesh Das saw war at first hand, in his teens, and his early experiences are embodied in his memorable first story ‘Boga Kuwali Aru Kola Pap’ (The white fog and the black sins) later developed into his significant novel Dawor Aru Nai (The cloud has lifted). Mahim Bora’s experiences as a freedom fighter have served as material for at least one story. These varied experiences gathered in a wide canvas have added a new dimension to Assamese short story and imparted a new sense of largeness and vitality. At least one writer came deeply under the Marxist influence in his early teens. Sourabh Chaliha’s ‘Marxism: Era’ (Marxism. Yes) written while an adolescent gives the battle cry for the emancipation of the masses.

Stages of a Cocoon | Sasheera Gounden

“Hello Mr. Murty …” phoned in Sadanandam, the General Manager of ABC bank. “We have reviewed the … END_OF_DOCUMENT_TOKEN_TO_BE_REPLACED

If ever you go to Laxmipuram and ask for the house of Veera Venkata Satyanarayana garu, nobody will … END_OF_DOCUMENT_TOKEN_TO_BE_REPLACED

Sir, I assure you and I repeat it for ten times: "I am not MAD" … "Though I am not looking in a … END_OF_DOCUMENT_TOKEN_TO_BE_REPLACED