You are here: Home / Nonfiction / The Impact of the West on Assamese Literature

It is now accepted by all that the modern age in Assamese literature starts from the beginning of the British regime in Assam in the nineteenth century. We can take 1826 as the landmark, as the Treaty of Yandabu singed in that year brought Assam under the rule of the East India Company. When the Burmese and the East India Company between 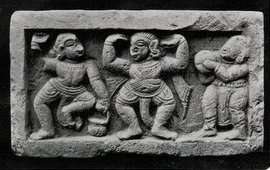 (…contd on next page)

“Hello Mr. Murty …” phoned in Sadanandam, the General Manager of ABC bank. “We have reviewed the … END_OF_DOCUMENT_TOKEN_TO_BE_REPLACED

If ever you go to Laxmipuram and ask for the house of Veera Venkata Satyanarayana garu, nobody will … END_OF_DOCUMENT_TOKEN_TO_BE_REPLACED

Sir, I assure you and I repeat it for ten times: "I am not MAD" … "Though I am not looking in a … END_OF_DOCUMENT_TOKEN_TO_BE_REPLACED