No, I’m not. Not a bad girl. But Mama said so because she calls me brain-scattered. But you never say it, you call me pretty and say I am smart and good girl, like my no-name doll.
I read in my homework book: She Sells Seashells by the Seashore.
I imagine the sea. Waves kiss-kiss-kiss the shore. Blue waves like ghee in the pan. Sun making diamond marks on the water, like the sparkles in my hair after a bubble bath. I am swimming now on the pictures the words gave me. It is so funny how you can be two places at same time. Funny. I am here in the kitchen in your apartment 3F and I am also at the sea. Aunty said I was bad because I was always not listening and always being in many places at the same time in my head. Brain-scattered, Mama also said. Chulhi, Aunty said. 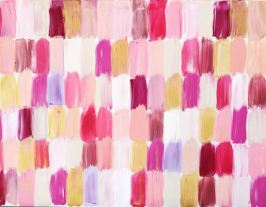 Authors : Surya K. Kalsi
Surya K. Kalsi , lives in Napa, CA with his wife and two dogs. His novella Ghost Notes is due November 2013. He is also currently at work on a novel called Somerset, about a ”stove junker” in northeastern, PA.
S.K. Kalsi’s work fuses style and substance to create stories of uncommon emotional resonance and power.

“Hello Mr. Murty …” phoned in Sadanandam, the General Manager of ABC bank. “We have reviewed the … END_OF_DOCUMENT_TOKEN_TO_BE_REPLACED

If ever you go to Laxmipuram and ask for the house of Veera Venkata Satyanarayana garu, nobody will … END_OF_DOCUMENT_TOKEN_TO_BE_REPLACED

Sir, I assure you and I repeat it for ten times: "I am not MAD" … "Though I am not looking in a … END_OF_DOCUMENT_TOKEN_TO_BE_REPLACED