“I’m going off to Bangalore Amit. Next month. I’m so excited!” Naina said to Amit the moment he appeared in her doorway. He was in the habit of walking in noiselessly to startle her. But this time it was his turn to be startled. He screwed up his nose and asked, “What for?”
“Haha, I’ve to join Infosys as an intern. Isn’t that great!” 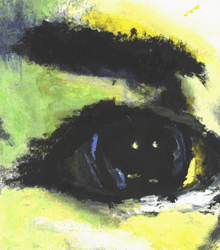 … Indian Literature from India and the world over…

“Hello Mr. Murty …” phoned in Sadanandam, the General Manager of ABC bank. “We have reviewed the … END_OF_DOCUMENT_TOKEN_TO_BE_REPLACED

If ever you go to Laxmipuram and ask for the house of Veera Venkata Satyanarayana garu, nobody will … END_OF_DOCUMENT_TOKEN_TO_BE_REPLACED

Sir, I assure you and I repeat it for ten times: "I am not MAD" … "Though I am not looking in a … END_OF_DOCUMENT_TOKEN_TO_BE_REPLACED