You are here: Home / Nonfiction / An Introduction to Harekrisha Deka’s Poetry | Prabhat Bora

The new generation readers of Assamese literature may have a problem deciding as to which is the more important H.K.Deka, the poet or the story teller. But the readers of our generation, who are already in on nearing their fifties have no such problem. To them H.K. Deka is a poet first to the last. As they are fortunate of witnessing him, for the last forty years or so, flowering into the finest poet of our time in our language, they can rightly assume that his stories are mere extensions and irradiations of his poetry. Not only his stories but also his criticisms stem from the same poetic vision. Julio Cortazar, the l Argentinean writer, has rightly observed that the short story is closer to poetry than to prose and that it is a neurotic product of obsession and nightmares processed through writing. Though Deka has never claimed to have written his stories in a cataleptic state, the reading of some of his stories affirms Cortazar’s contention. Indeed the short story cannot be the real test of a poet’s ability of writing prose. When the poet takes to writing a novel, only there the excellence of his prose can be judged. Deka has not, till now, written a novel. But our main concem is his poetry, though, of late, he has gravitated more towards story writing. His oeuvre, as his favourite writer, Borges’ writings, however, admits to generic classification. 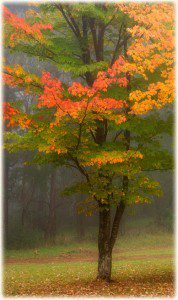 When Jyoti Khataniar, without whose youthful zeal, this volume of Deka’s poems in translation would not have been possible, asked me to write a few lines on Deka’s poetry, I accepted the offer with enthusiasm, but not without a hint of hesitation. I have grown as a reader through the years of his maturing into a poet; so I have a feeling, perhaps queerish, that as a reader of his poetry, l am affected by the same archetypal forces which have created it. But I am hesitant as I am well aware of my critical inadequacies to present this poet of our generation to the readers. Besides, I do not believe that after publishing only three volumes of his poems he has left behind his future in poetry. Still he has many more years of poetry in him. The only spectacular thing in his biography is that he is a member of the Indian Police Service. The word ‘police’ is enough to evoke in our mind the image of an ogre “moving its slow thighs, while all about it reel shadows of the indignant desert birds’ ’. Indeed there are some people among the police who like to cling caressingly to this gruesome image. In fact, this poor opinion of the police, descending from the colonial past, sometimes succeeds in squeezing all the human feelings and emotions out of a policeman. Describing how the professional inhibitions succeeded to affect the form of his poems Deka says, “It may be that my creative consciousness was occasionally blurred by my professional perceptions and when the cloud was removed I felt some angst that found expression in symbolism and allegory.” If we read “professional inhibition” for “professional perceptions” it will not make any difference to the statement. Of course, in order to comprehend the nature of his symbolism and allegory, it is worthwhile to to take into count not only the constraints inflicted upon the poet by his professional shell, but also the carnivorous social milieu of Assam in the last two decades of the twentieth century against which his later poetry can he viewed as an act of his linguistic self-defence. The vicissitude of the social events of the time deeply impinged upon the inner tranquillity of the poet as a private man. But instead of giving vent to his inner feelings in his poetry, he has made his mask the subject of his scrutiny. However the private tremolo could not remain indiscernible behind the mask. Some of the qualities of Hermeticism, an ascetic variant of symbolism, can be discerned in some of his later poems. Deka’s ‘Another One’ (Aan Ejon), after which poem his latest collection of is named, may remind one of “The use of ‘Tu’   Eugenio Montale’s most famous poem of his Hermetistic period.

Misled by me
The critics assert that my ‘ ‘tu’ ’
is an institution, that were it not for this fault of mine,
they’d have known that the many in me are one,
even though multiplied by the mirrors
The trouble is that once caught in the net
the bird d0esn’t know if he is himself
Or one of his too many duplicates.

(‘Tu’ in Italian is ‘you’, Ungaretti and some other important Italian poets resorted to Hermeticism during the second World War to protest against Mussolini’s fascism and Montale joined the movement in the late thirties of the twentieth century.) ·

You all have recognised it
But time and again it lets out a shriek
Fearing that your healthy hands,
May cure an invisible affliction called ‘I’ in its brain
Who among you understand it?

Deka’s poem, true to its creator’s lyrical temperament, is too intensely personal to be as nocuous as Montale’s. Here the poet comes out of his shell to have a glimpse of life. But his experience of coming out of his shell is so It frightening that it stops just short of the Kafkaesque horror.* The mindscape of the poet, narrated in the monologue, is though, frequented by ‘I’, the self is not there, ‘l’ is morbidly disintegrated from the self. What can be more pathetic more tragic to a man than this disintegration of the self`? The tragic vision of life in the poem “Another self” is further deepened by the elements of despair scepticism, submissions, terror, panics etc. This ubiquitous tragic vision of life has given not only a classical profundity but also an impersonal tonality of time to his later poetry. These are, indeed, the qualities very rare in our contemporary poetry. It would not be correct to use the “Hermetist” label to his poetry, though some of the Hermetistic characteristics are integrated into it. Deka does not share Montale’s negative attitude to life as evident in his poems of the Heremetic phase.

It is not an heirloom or a charm
That can take the shock of monsoons
On the spider thread of remembering,
but a story lives on in its ashes alone
and persistence is simply extinction

The poem expresses not only the poet’ agony in Mussolini’s Italy, but also the absolutely and negatively atheist conclusion of Montale. In Contrast to these views expressed in Montale‘s poetry, though Deka’s poetry is deeply imbibed `in the tragic vision of life, he has written a number of poems expressing ambivalently the tormenting pathos of life and his deep faith in the future of Mankind. In this context the names of the poems that spring to mind are “A Day under Curfew”, “Life Sprouts Out”, “A poem of Love for My Lady!”, “To the Young Inheritor” and a few more.

Though the inception of Deka’s poetic career was in the fifties, he pursued it more seriously and vigorously towards its fulfilment in the next decade, the seventh of the twentieth century. This decade was of a great significance to the modem Assamese literature as the advent of two influential critics would herald the beginning of a new phase in our modern literature. These two critics Dr. Hiren Gohain and Bhaben Barua, still in their youth, took up the gauntlet to free our literature from the vagueness and confusions of a pseudo-Eliotic modernism, more akin to Georgianism, that afflicted it in the fifties. It may be noted that though the ebbing of New Criticism started as long back as in the early forties in the land of its birth and growth, its study was taken up more seriously and vigorously in the prime Universities of India- like the Universities of Delhi and Calcutta – in the sixties only. Dr. Gohain and Mr. Barua, having completed their higher studies from Delhi University, took up some strands of New Criticism and applied them in the evaluation of a number of major works of Assamese literature. But Dr. Gohain later gravitated towards Marxist Criticism.** On the other hand, Bhaben Barua, who remained glued to New Criticism, subjected the works of some of the important figures of the contemporary Assamese poetry to close scrutiny and very poignantly, sometimes mordaciously, exposed their shortcomings. In fact, we owe to him some penetrating analyses of the intellectual structure of a number of major literary works. Indeed, his criticism helped the poets in their understanding of the genius of poetry and influence the readers of the time to the extent of moulding their taste. But we cannot say that his criticism is totally free from the imperfections which are inherent in New Criticisms. The anti-intentionalist position of the New Critics is a fundamental one they inherited from Romanticism. Their peoetics which can be summarised more or less as emphasis on literary asceticism, compactness of language, emphasis on the word as sound (its alliterative power), and above all, the exclusion of critical significance of paraphrase- take use back to Kantian ‘autonomy’ or the Romantic aesthetic mysticism and we wonder whether they set to exalt poetry or to lower it to the level of the ‘ironic fantasy’ (Schlegel). Nevertheless the poetic endeavours of our poet’s in the sixties, including the Important poets like Nilmani Phookan and Deka himself, were nourished on the postulates of New Criticism. Consequently their poetry was to labour under the burden of an aesthetic inflation – an inflation of aesthetic mysticism. It is a fact that Barua’s mordant criticism pushed the poetasters off to the back of the centre-stage of our poetry; but without denying the writing skill of those poets who consequently occupied the centre-stage, we can say that their poetic pursuit ended in setting up an antinomy to the very spirit of our poetry. Commenting on the poets like Yeats, Rilke and Valery, Galvano Della Volpe, the Italian critic observes.

“What Kteber Haedens… called an exemplary banality of thought presides over their reworking of long established myths on the topics of love, death, eternity, nature, art and so on, in the traditional cultural patterns of post romanticism and decadentism.” ***Though it is difficult to be in concurrence with Volpe’s views about the poetry of Yeats, Rilke and Vallery the underlined part of the remark can well be used to epitomise the scenario of our poetry in the sixties.

Show the author some love:
Pages: 1 2

“Hello Mr. Murty …” phoned in Sadanandam, the General Manager of ABC bank. “We have reviewed the … END_OF_DOCUMENT_TOKEN_TO_BE_REPLACED

If ever you go to Laxmipuram and ask for the house of Veera Venkata Satyanarayana garu, nobody will … END_OF_DOCUMENT_TOKEN_TO_BE_REPLACED