The neighborhood- for a long time- had been relatively health conscious with quite a few people jogging and cycling, so, it came to be that almost no one paid any particular attention to a man walking. 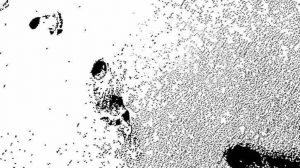 Well, at least, not right away. He first appeared at the beginning of summer- three years ago- simply walking- though intently and purposely- but, still, just walking down the street.
He was older, wore a faded baseball cap, walked with a forward-leaning sort of stoop- and he carried a small bag in his left hand- always.
No, it wasn’t until that first summer turned to fall and then to winter, and the weather went from pleasant to rainy and then to snowy and cold, that his habit- his behavior- came to take root in the minds- and especially the imaginations- of the neighbors.
To a person, they all attested to having seen him on a fairly regular, but not necessarily predictable, basis. Yet, beyond everyone having seen him traversing the cross street- near where they lived- each of these same neighbors recounted sightings in places and locales both near and far from the street that they shared. It seemed that- somehow- this “walking man” was practically everywhere.
Naturally, this realization led to questions. The most obvious- and immediate- one was- “Why?” Why was he walking every day, regardless of the weather, the temperature or the road conditions? This question was then followed by the after-the-thought-question- “What was in the bag that he was carrying?
It looked like a brown paper bag, rolled down at the top, so as to fit easily- and comfortably- in his grip. From the way that it appeared and the way he was carrying it, the volume seemed way too small to contain a snack- a lunch- so small, indeed, that most neighbors guessed it contained a small number of belongings that were- in some way- important to him- or maybe to someone. Somebody he lost; someone who left him or he left- a death, a disappearance- an accident?
However, beyond these relatively “obvious” questions, there were also questions of a deeper and more profound nature. Questions like- who was he; where did he live- where was home; how far away was his home; was there a home; did he have loved ones- a family; does he carry I.D.; does he know who he is; do the cops and social services know about him- should someone report him for his own sake?
Question after question after question- all of them unanswerable, though, over the years, various neighbors tried to find out something- anything.
At first, they approached the man, not in an intrusive- “in your face”- sort of way, but with an air of caring and consideration. A bottle of cold water in the summer; a cup of coffee in the winter; fresh baked cookies at any time.
Of course, there were attempts at small talk- not conversation- but “starter talk”- “How are you, today?” “Hi, my name’s Paul. I live four houses down.” And on and on.
In due time, yes, the neighbors did learn something about the man, and that was that he was consistent- consistently silent. There were no expressions whatsoever, verbal, facial, behavioral- in fact, throughout all the failed attempts at communicating- and true to form- he never stopped walking.
After that, the neighbors turned to a variety of more “exotic”- intriguing- hypotheses. They wondered about the pattern of streets and roads he took. Was he- in some way- tracing an oversized overlay that was associated with something- or things- in his life, past or present? Maybe the outline of a room- or rooms- of a house; the travel route of a deceased loved one; an exact distance in miles that had a corresponding or an associated relevancy; perhaps his selection of streets, using a first or second or last- or whatever position- of letters to spell out a name; a place- maybe even a message- that he could “send” day after day?
The neighbors pretty much knew, almost from the start that their efforts- if not futile- were highly speculative and probably impossible to achieve or to verify, and although some continued to try, with each passing year the attempts became fewer and fewer until finally they ceased altogether, leaving the man alone in his walking.

And, so, over this time, once the neighbors returned home, stepped across their thresholds and closed their doors behind them, they were relegated to exist in a world that contained an uncertain limbo, perhaps not unlike “the walking man,” trying to get somewhere they will never reach, trying to understand something that is a secret and forever will be known only to “the walking man.”