You are here: Home / Fiction / A Good Man at Heart | Barnali Saha
“May you fall asleep in the arms of a dream,
so beautiful,
you’ll wake up crying!”

Mr. Basu Ray had been twisting the channel knob of the nineteen inch black and white television set in his living room, when his eye fell on the little patch of green outside his house. A stray dog had walked into the premises and was now sniffing at the bed of roses he had painstakingly brought to life with ample doses of tea leaves and long hours of garden toil in the sun. Gnashing his false set of teeth, Mr. Basu Ray grabbed hold of his late father’s walking stick and rushed out of the house to tackle the unruly quadruped.
The animal, being well-equipped with that strong sense of premonition that comes from a lifelong practice of evacuating its presence in quicksteps when confronting little boys armed with bricks and stones, knew that danger lurked on the horizon as soon as it saw Mr. Basu Ray’s rotund figure equipped with a walking stick coming in its direction. It wasted no time sniffing at the juicy pink roses anymore, and took its exit as fast as it could. 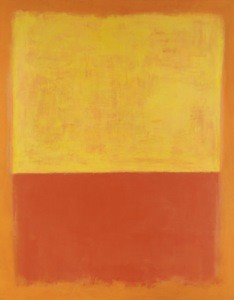 “Hello Mr. Murty …” phoned in Sadanandam, the General Manager of ABC bank. “We have reviewed the … END_OF_DOCUMENT_TOKEN_TO_BE_REPLACED

If ever you go to Laxmipuram and ask for the house of Veera Venkata Satyanarayana garu, nobody will … END_OF_DOCUMENT_TOKEN_TO_BE_REPLACED