You are here: Home / Archives for Rick Edelstein

Rick Edelstein is an experienced writer with credits in Print, Online, TV & Stage. Rick is both a writer and a director. His writing has included numerous short stories, two novelettes ( "Manchester Arms" & "This is only Dangerous", TV series like Starsky & Hutch, the colony, Charlie's Angels, Beach Patrol, Hart to Hart, How to Survive a Marriage, Alfred Hitchcock and others. He has also written over 10 Stage plays and Feature Films... and still continues. He has also co-authored books like the M'Butu Affair, Fernando's Folly, Conditional Woman and Fatal Figures. He has also direced various stage plays and has won the Dramalogue Award Best Director for Human Scratchings. He is a teacher-acting Coach and conducts Professional Action Workshops while being a "creative consultant" to Barbara Streisand, and on films including "Ghosts of Mars" and "The Kiss". He is also a Private Acting Coach to Courtney Love, Hill Harper, Joanna Cassidy, Salli Richardson and others. 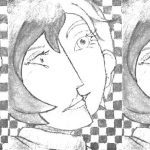 Please sit, Dr. Jiminez.
Good to meet you finally Dr. Eslinger.
So, how was your flight, do you find your apartment suitable, Zurich is such a long way from New York, sleep off the jet-lag, and that should complete the … [Read the rest...] “The Clinic | Rick Edelstein”

“Hello Mr. Murty …” phoned in Sadanandam, the General Manager of ABC bank. “We have reviewed the … END_OF_DOCUMENT_TOKEN_TO_BE_REPLACED

If ever you go to Laxmipuram and ask for the house of Veera Venkata Satyanarayana garu, nobody will … END_OF_DOCUMENT_TOKEN_TO_BE_REPLACED

Sir, I assure you and I repeat it for ten times: "I am not MAD" … "Though I am not looking in a … END_OF_DOCUMENT_TOKEN_TO_BE_REPLACED