Deep, deep green beamed from the canopy of branches as the last remnant of morning fog danced through them. The rich smell of wet earth filled the air, soaked my clothes, my hair, everything with its fragrance. I looked through the trees at the rising sun. It seemed irreverent to think how the same sun rose over the iron fire escape of my little apartment across the world and how it must ever cast its gaze on something so unnatural when it can see all of the beauties of this world every day. This was another world, separate from the hustle the city I called home. It’s unreal to comprehend that I am here. My family, my friends, even my boss kept saying how unwise it is for a woman to travel alone, especially to this rural village in Nepal. But I’m a reporter, a travelling story teller; I must go to be able to capture the story. When the opportunity came to travel here, I volunteered without even asking what I would be covering. I just wanted to escape from the city, from the routine that had trapped me. 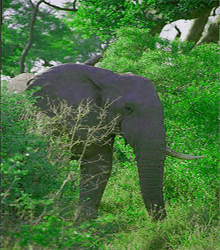 Sarah Peyton is a senior undergraduate student at Southeast Missouri State University with majors in English writing, German, and Anthropology.

“Hello Mr. Murty …” phoned in Sadanandam, the General Manager of ABC bank. “We have reviewed the … END_OF_DOCUMENT_TOKEN_TO_BE_REPLACED

If ever you go to Laxmipuram and ask for the house of Veera Venkata Satyanarayana garu, nobody will … END_OF_DOCUMENT_TOKEN_TO_BE_REPLACED

Sir, I assure you and I repeat it for ten times: "I am not MAD" … "Though I am not looking in a … END_OF_DOCUMENT_TOKEN_TO_BE_REPLACED