Instead of flying back to Karachi from Lahore, I decided to take a train and experience firsthand the conditions of the passengers traveling by second class. I got a seat in bogey number three in Super Express and the train hissed out of the platform, amidst thunderous showers. Its pace was slow, slower than any other express train. The compartment was jam-packed with passengers. Those who had reserved seats occupied their seats, while a bunch of others were perched on the floor, near the seats or even by the toilets, with the result that it became difficult to move from one place to another, or even go to toilet. 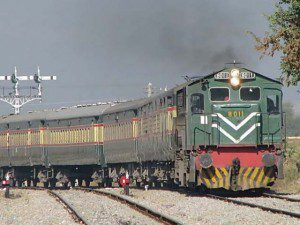 Authors : Rafiq Ebrahim
Rafiq Ebrahim is a freelance writer, contributing regularly to various magazines in Pakistan and USA. He has also written three novels; the latest – BEYOND THE CRUMBLING HEIGHTS(Colors in the life of a slum boy) was published in USA in 2009 and is available at amazon.com, barnesandnoble.com and google.com/books.