You are here: Home / Fiction / The Crab | Kunnamthanam Ramachandran

Tired of running to save itself of the humans who tried catching it, a crab that lived on the shores of the Backwaters of Kochi, left its abode on a sunny mid-day, leaving its wife, children, relatives and friends, once for all.
Very cautiously it moved forward and on making many a tumultuous exercise it was fast approaching the nearby Railway Station.
By twilight it had reached the Kochi Railway station.  Silently it climbed over the engine of the train that was resting in the yard and sat in a dark corner.
At night, dreams of joyful angst enveloped its sleep. When it was opening its eyes in the morning, the engine of the train was lying in the same yard, still.
In a few hours’ time, footfalls were being heard and a person humming a popular film song had entered the engine room.  Alongside, an elderly voice was heard cracking a joke to the singer who suddenly lowered his voice to listen to him and then an abrupt twin laughter in a rhythmic descend filled the engine room.  A couple of thuds and creaks followed.  Some  God was being propitiated in thurification, its scent billowed around.            A warmth slowly surrounded the crab. Then the engine became mobile, first slowly forward and then in good speed backward.  A few minutes later, it stopped with a dash, the sound of which sounded like a tin drum tied somewhere atop fell on a tin drum kept below and both the instruments humming in unison a “Thari…….Kida…….Dha…..” 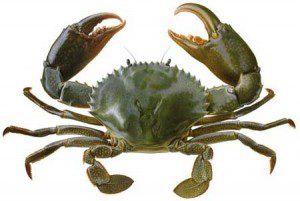 “Hello Mr. Murty …” phoned in Sadanandam, the General Manager of ABC bank. “We have reviewed the … END_OF_DOCUMENT_TOKEN_TO_BE_REPLACED

If ever you go to Laxmipuram and ask for the house of Veera Venkata Satyanarayana garu, nobody will … END_OF_DOCUMENT_TOKEN_TO_BE_REPLACED

Sir, I assure you and I repeat it for ten times: "I am not MAD" … "Though I am not looking in a … END_OF_DOCUMENT_TOKEN_TO_BE_REPLACED