You are here: Home / Archives for Wild 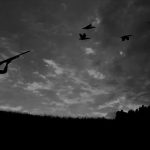 During the 1940s, many Syrian Christian families of Travancore were migrating to the sparsely populated forest lands of the Western Ghats. Sons of larger families, who were not satisfied with their meagre share of family property, felt the need to replant themselves in greener pastures. Syrian Christians then measured their success and achievement in life with the land they owned and with each added acre of land, their pride too swelled- the pride of having achieved something on their own and pride of being a respectable member of the parish community. Churches and the clergy weighed their members in terms of their wealth, which was measurable by the land they owned. The pomp of the parish church was directly proportional to the wealth of its members, as it was run with mandatory collections from the members. They had to part with a certain percentage of their earnings regularly to the church. If delayed, the church also had its parish “members” who would visit the houses and take away the church’s share of the farm produce. Needless to say, the wealthy always received better treatment from the clergy.  [Read the rest...] “Mathai’s tryst with the wild | Sangeetha G”

“Hello Mr. Murty …” phoned in Sadanandam, the General Manager of ABC bank. “We have reviewed the … END_OF_DOCUMENT_TOKEN_TO_BE_REPLACED

If ever you go to Laxmipuram and ask for the house of Veera Venkata Satyanarayana garu, nobody will … END_OF_DOCUMENT_TOKEN_TO_BE_REPLACED

Sir, I assure you and I repeat it for ten times: "I am not MAD" … "Though I am not looking in a … END_OF_DOCUMENT_TOKEN_TO_BE_REPLACED