You are here: Home / Archives for Mozid Mahmud

A poet, essayist, and novelist based in Dhaka, Bangladesh. Have worked as a journalist for Dainik Bangla, Bangladesh Sangbad Sansghta (BSS), and Sokaler Khobor. His work includes: In Praise of Mahfuza (1989), Toward the Pasture (1995), Nazrul – Spokesman of the Third World (1996), The Ball’s Odyssey (1998), The Birth of the Maternity Clinic (2006), The Dominance of Language and other essays (2005), Rabindranath’s Travelogues (2010), among considerable others. 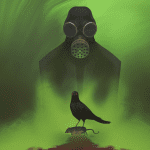 Jack London had written his The Scarlet Plague thirty-three years before Camus’s famous The Plague. One could call it an excellent example of proto-post apocalyptic fiction. It recounts the story of the “Red Death” in America, which has depopulated most of the region, following the lives of people in San Francisco sixty years after the plague. [Read the rest...] “A plague on all our houses: Pandemics and plagues in literature | Mozid Mahmud”

“Hello Mr. Murty …” phoned in Sadanandam, the General Manager of ABC bank. “We have reviewed the … END_OF_DOCUMENT_TOKEN_TO_BE_REPLACED

If ever you go to Laxmipuram and ask for the house of Veera Venkata Satyanarayana garu, nobody will … END_OF_DOCUMENT_TOKEN_TO_BE_REPLACED

Sir, I assure you and I repeat it for ten times: "I am not MAD" … "Though I am not looking in a … END_OF_DOCUMENT_TOKEN_TO_BE_REPLACED