You are here: Home / Archives for Lakshminath Bezbaroa

Father of the Assamese short-story by common consent,Bezbarua in his short stories tried to depict life with its joys and sorrows.These stories reflect his strong social awareness.He experimented with the new form trying to blend it with the native technique of telling a tale and this perplexed the critic.But the best of his stories are among the best in world literature.By collecting and publishing the folk tales of Assam he did to his people what the Grim brothers did to the Germans.
Bezbarua was more than a writer,he was an institution by himself.He bullied his people, his readers, coaxed and cajoled them, laughed merrily with them sometimes to the point of being flippant and in short ,used all the tricks of his boyhood as a serious and comic writer to rouse them from their slumber,to make them face the reality of the changing times with wide open eyes.He taught his people to be justly proud of their rich heritage and to feel shame for their age old vices and new ones creeping in with the coming of the British.All this he did with his books and his mouthpiece the ‘Banhi’published from Calcutta.A life long exile in West Bengal and Orissa,working in the jungles as a timber merchant,he was a cosmopolitan.He married into the Thakur family of Calcutta.These connections have enriched his short stories where we find a large gallery of memorable characters drawn from those parts of British India.His ‘O mor aponar Desh ‘ has attained the status of an anthem for Assamese people and has not lost its electrifying influence .He died in Dibrugarh while on a visit to his motherland.

O’ my euphonic voice
The melodic voice of Asom
No-where in the world
You can ever find
even if you scour through … [Read the rest...] “O Mor Apunar Desh” 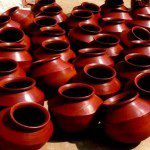 We live in the Dabaka Mauja. We are Kumar folk, potters by caste. We used to make earthenwares for the grown ups and clay toys for the young ones. We sold them in the bazaar and from door to door … [Read the rest...] “Patmugi by Lakshminath Bezbaroa ( A Short Story )”

Once upon a time there was a Malinee or female gardener and she planted a flower-plant with great care. Though she used to look after it with great care yet it would not flower. She therefore asked it one day,“Plant, … [Read the rest...] “A Flower-Maiden and a Flower Plant by Lakshminath Bezbaroa”

“Hello Mr. Murty …” phoned in Sadanandam, the General Manager of ABC bank. “We have reviewed the … END_OF_DOCUMENT_TOKEN_TO_BE_REPLACED

If ever you go to Laxmipuram and ask for the house of Veera Venkata Satyanarayana garu, nobody will … END_OF_DOCUMENT_TOKEN_TO_BE_REPLACED