You are here: Home / Archives for John Tavares

Following journalism studies, his short stories and creative nonfiction were published in The Siren, then Centennial College’s student newspaper and his articles and features were published in various local news outlets in Toronto, including community and trade newspapers like the East York Times, the Beaches Town Crier and Hospital News, where he interned as an editorial assistant.

Born and raised in Sioux Lookout, Ontario, John is the son of Portuguese immigrants from the Azores. His education includes graduation from 2-year GAS at Humber College in Etobicoke with concentration in psychology (1993), 3-year journalism at Centennial College in East York (1996), and the Specialized Honors BA in English from York University in North York (2012). He worked as a research assistant for the Sioux Lookout Public Library and as a research assistant in waste management for the SLKT public works department and regional recycle association. He also worked for persons with disabilities at the Sioux Lookout Association for Community Living. 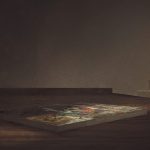 In Yonge-Dundas Square downtown, Dan observed Lori seated in a comfortable lotus position, sketching, drawing, and even painting, reading from an art history book, or a volume or paintings of photographs, taking photographs with her camera, but he didn’t recognize her from their hometown. Lori sometimes saw him in the square, wearing a suit, reading the business section of the Globe and Mail, or the Wall Street Journal, drinking a takeout coffee from 7-11 or Starbucks. Then she did her research on social media and asked to meet him. [Read the rest...] “Comic Book Collector | John Tavares”

“Hello Mr. Murty …” phoned in Sadanandam, the General Manager of ABC bank. “We have reviewed the … END_OF_DOCUMENT_TOKEN_TO_BE_REPLACED

If ever you go to Laxmipuram and ask for the house of Veera Venkata Satyanarayana garu, nobody will … END_OF_DOCUMENT_TOKEN_TO_BE_REPLACED

Sir, I assure you and I repeat it for ten times: "I am not MAD" … "Though I am not looking in a … END_OF_DOCUMENT_TOKEN_TO_BE_REPLACED