You are here: Home / Archives for John Richmond

John Richmond has “wandered” parts of North America for a good portion of his life.
These “wanderings” have taken him from a city on the Great Lakes to a small fishing village (population 200) and then on to a bigger city on the Great Lakes- Chicago- then, eventually, New York City.
Since then, John Richmond has made his way to a small upstate New York town and has sequestered himself in his office where he divides his time between writing and discussing the state of the world with his coonhound buddy- Roma.
Recently, he has appeared in Embodied Effigies (2), Streetcake Magazine (U.K.), Former People Journal (2), The Other Story, Nazar-Look (Romania) (2), Lavender Wolves, Indiana Voice Journal, Fuck Fiction, The Greensilk Journal, The Corner Club Press, The Tower Journal, Stone Path Review, Meat for Tea: The Valley Review, Rogue Particles Magazine, From the Depths, Flash Frontier (N. Z.), The Birmingham Arts Journal, riverbabble (2), The Writing Disorder, Lalitamba, Poetic Diversity, Marco Polo Arts Magazine, ken*again (2), Black & White, SNReview, The Round, The Potomac, Syndic Literary Journal, Ygdrasil (Canada), Slow Trains, Forge Journal, and is forthcoming in The Potomac. 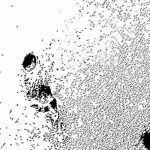 The neighborhood- for a long time- had been relatively health conscious with quite a few people jogging and cycling, so, it came to be that almost no one paid any particular attention to a man walking. Well, at least, not right away. He first appeared at the beginning of summer- three years ago- simply walking- though intently and purposely- but, still, just walking down the street. [Read the rest...] “The Walking Man | John Richmond”

“Hello Mr. Murty …” phoned in Sadanandam, the General Manager of ABC bank. “We have reviewed the … END_OF_DOCUMENT_TOKEN_TO_BE_REPLACED

If ever you go to Laxmipuram and ask for the house of Veera Venkata Satyanarayana garu, nobody will … END_OF_DOCUMENT_TOKEN_TO_BE_REPLACED

Sir, I assure you and I repeat it for ten times: "I am not MAD" … "Though I am not looking in a … END_OF_DOCUMENT_TOKEN_TO_BE_REPLACED