You are here: Home / Archives for Janet H Swinney

Janet is a repentant education inspector who grew up in the North East of England, gained her political education in Scotland and now lives in London. For over forty years, she shared her life with the composer, Naresh Sohal. Her experience of life in India has influenced her work.

Eleven of her stories have appeared in print anthologies. The most recent of these is 'Political Events Have Taken a Turn,' which appeared in the 2018 anthology of Earlyworks Press. 'The Map of Bihar' was published both in the UK (Earlyworks Press) and in the USA (Hopewell Publications), where it was included in 'Best New Writing 2013' and was nominated for the Eric Hoffer prize for prose. 'The Work of Lesser-Known Artists' was a runner-up in the London Short Story Competition 2014, and appeared in 'Flamingo Land' (Flight Press, 2015).

Other stories have been published by online literary journals based in India, including the Bombay Literary Magazine, Out of Print, Joao Roque and the Indian Review.

Janet has had commendations and listings in a number of  competitions including the Fish International short story competition. 'A Tadge to Your Left' was shortlisted in the Ilkley Festival competition in 2017, and was selected by Cathy Galvin for publication on the website of London's 'The Word Factory.'

Janet's first collection of stories will be published shortly by Circaidy Gregory Press. 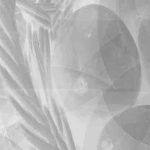 Charanjit would have liked nothing better at his time of life than to take things easy, but his daughter-in-law’s dilemma meant that he had to reconsider the situation. Everything had been turned upside down the night his elder son had … [Read the rest...] “The Trouble with Mangoes | Janet H Swinney” 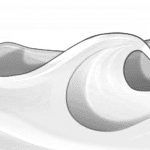 Satish sits in his high chair with his spindly legs wound round one another in garudasana. He is wearing the uniform the company provided him with eighteen months ago: scarlet shorts with yellow stripes down the sides, and a blouson … [Read the rest...] “Drishti | Janet H Swinney”

“Hello Mr. Murty …” phoned in Sadanandam, the General Manager of ABC bank. “We have reviewed the … END_OF_DOCUMENT_TOKEN_TO_BE_REPLACED

If ever you go to Laxmipuram and ask for the house of Veera Venkata Satyanarayana garu, nobody will … END_OF_DOCUMENT_TOKEN_TO_BE_REPLACED

Sir, I assure you and I repeat it for ten times: "I am not MAD" … "Though I am not looking in a … END_OF_DOCUMENT_TOKEN_TO_BE_REPLACED